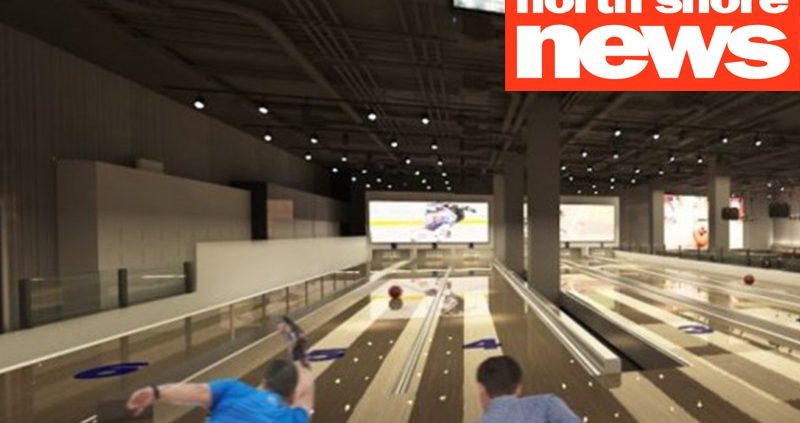 In 2021 North Vancouver residents will no longer have to cross a bridge to find some evening entertainment and a place to hang out with friends.

Coming to North Van in January is the King Pins Bowling Alley, the result of a contentious split vote from the City of North Vancouver council three years ago, the loss of a longstanding bowling institution this year and two years of work by a North Vancouver-based architecture and interior design company. Also called Kingpins Socialhouse, the project is located in the bottom level of Onni’s CentreView condos in Central Lonsdale.

The ball got rolling in 2017 when Onni Group was excavating their 24- and 18-storey towers on the old Safeway site on 13th Street and Lonsdale Avenue when they realized there was enough space for storage, parking and a 7,884-square-foot bowling alley.

When brought to council for approval, a potential neighbour to the bowling alley strenuously objected to the process also saying he didn’t want to live overtop of a bowling alley. Although city staff assured council all legal requirements have been met, a rift formed between councillors. In the end, council supported the bowling alley 4-3.

The King Pins Bowling Alley lanes will have a restaurant with a sitting area next to the 10-pin standard lanes. Besides bowling, the space offers 8-Ball stations with professional pool tables, balls, cues and equipment. According to King Pin Bowling’s website, they are one of the few spots in Metro Vancouver that has a 12-ft snooker table.

Nadi Miri, the project’s main architect who has been working on the alley’s design with her sister Ellie said the space will be a valuable asset to the growing youthful population of North Vancouver.

“With all the new developments and construction and all the young families that are moving here they need more of those entertainment areas,” Nadi said. “North Van is definitely lacking those gathering places.”

This sentiment was also shared by city councillors during that divisive council decision in 2017 where Coun. Linda Buchanan said that with recreation in short supply, the bowling alley will serve a demographic “who actually want to do other things within our city besides sit in restaurants or a bar and drink.”

Want to join the discussion?
Feel free to contribute!